Sounds like NYC is limping back to life so it’s time to head up the cold coast and into the snow. Here’s some of the things I plan on doing. Let me know if you’d like to join or have any ideas of your own! I’m heading to my grandmother’s in Brooklyn first but after that I’m open to suggestions.

Food:
Someone tell me where to go, I know nothing about NY food. I’ll stick to drinking if no one wants to eat fancy food.

You:
Board games and hanging out, it’s up to you.

New Years Eve:
Currently undecided since I can’t remember the beer/whiskey bar I always go to for NYE in Brooklyn (which I don’t think is Spuyten Duyvil). It’s mostly wood-finished inside, has TVs, pretty good and serious bar food (not just snacks but steaks and veggies), and an amazing selection of beer bottles. (Peat-smoked beer, anyone?) There’s a rain-splattered page in my old notebook in SF with a map but that doesn’t help me now. It was a couple blocks from a highway overpass if I remember the cold and wet bar crawl from two years ago correctly.

So what is actually so wrong with this movie that I woke up early on a Saturday and couldn’t fall back to sleep without writing it down?

The Grid is not the Matrix or even the Matrix’s Construct. It is not a simulation of reality, it is a metaphorical representation of emergent behavior (unintended consequences) within computer software. In the original movie, the computer world is obviously computer-generated. The rotoscoped actors floated in a sea of special-effects. The effects were twitchy, and you could tell they held Frisbees and wore spandex, but through the magic of suspending disbelief you would see the circuits and the flowing energy. It was constantly obvious that it was not supposed to look real. Tron: Legacy’s choice to go with beautiful but often realistic CG environments and practical effects for costumes destroys this. The entire movie is real actors in real glowing clothing walking in (due to our advanced CG technology) physically-real-looking environments. It doesn’t feel enough like we’re in another universe, it just feels like we’re looking into a club that’s too fancy for us to afford matching costumes. It looked real, and there was no disbelief to suspend, no reason to take your mind where they wanted it to go. It felt better when they were playing games, but again, the breaking glass and bodies and machines disintegrating into physical fragments were choices that make the world feel more real, more solid, and less like another universe with different rules.

I am not saying the original makers of Tron wouldn’t have made the same mistakes presented with today’s technology, but they couldn’t and didn’t and now we have our reading of the original film to inform our decisions about how to make a sequel. (And I would argue that the choices they did make among the techniques available to them does suggest they intended and desired the otherworldly-feeling they achieved.)

The flashbacks to Flynn in leather jackets on the Grid just made me roll my eyes.

While there were a few unnecessary scenes in the original, this movie at times felt interminable. People talking about things we don’t care about often in ham-fisted attempts to evoke the original film I can do without.

If you have any love for the original Tron, stay very far away from the new one. It isn’t like Iron Man. It isn’t even like the new Star Trek. The original Tron wasn’t a great movie, but it had a charm the new one can’t even see on the horizon. Tron: Legacy is racially offensive, over-produced, derivative, often boring, and occasionally nauseating both due to 3D and scriptwriting. With a female protagonist stolen from Mirror’s Edge, internal inconsistencies worse than the original, and allusions to its predecessor and other movies that more often than not come off as awkward, forced, inaccurate, or inappropriate: to all those who warned me off seeing Iron Man 2, I humbly attempt to provide the same service to you regarding Tron: Legacy.

So how come I feel like I'd have more fun stabbing myself than planning my winter vacation? Right now my delayed-gratification circuits just aren’t making the connection that planning days of plane rides, hours of train rides, dragging luggage halfway up and down the east coast, making countless sets of plans and reservations, and coordinating all of this with twenty different people is going to pay off more than just staying the fuck home.

On the other hand, since staying home isn’t an option (my family would kill me and there are too many people I want to see) I better get my ass in gear. Who’s gonna be around? :-)

When I pick a song and "Pro Drums" are available as an option, I assume you actually have a pro drum part (with differentiated cymbals and toms) for me to play. "Children of December" by the Slip has a long drum solo played on the toms, but the screen tells me to play the hi-hat and crash. Playing it is like trying to read a bunch of color words written in the wrong colors. (In Pro Mode if you hit the drum instead of the cymbal it counts as missing.) If you couldn't update all our old content for Pro Mode, fine, I have to live with that, but this is just wrong: a classic case of a half-assed feature being worse than no feature at all.

The idea that we might not ever get pro mode for old songs (even if we pay more) is sad, too.

I Write Like by Mémoires, Mac journal software. Analyze your writing!

Your result for The Director Who Films Your Life Test... 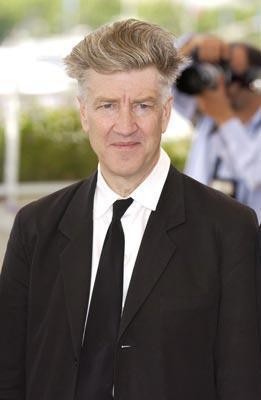 We apologize now. Future generations will view your life story by David Lynch and not know what the hell just happened. A lot of events occur around you, but you seem to be involved in all the wrong ways. Even you probably think your life is WEIRD. And if not you, everyone else thnks so and tries to tell you but you won't listen. In your movie: Why does that bald lady insist on sitting on that basketball she carries inside that milk crate? Robert Blake will play your grandfather, and Kyle MacLachlan will play your dad. Go rent Wild at Heart, Lost Highway, Mulholland Dr., and INLAND EMPIRE.

Take The Director Who Films Your Life Test at OkCupid

IMG_2471,
originally uploaded by deeahblita.
I'm sure some of you have heard me lament the loss of the bed I built back in NY. Dee just uploaded a picture of it stripped down from when she moved out of our old place. *Sniff*

A couple days ago I woke up way too early and couldn’t stop thinking about this trite idea: that I could write six-word summaries of past relationships. (Simple intimacy was required to make the cut.) Some of them are terrible, not at all fair, or stretch the truth, but they’re all evocative for me. Fun times!